Home Insights ITALIANS IN THE WORLD 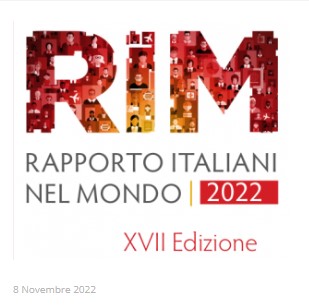 What are the new trends in migratory flows from Italy? We will explore some fascinating findings from the Italians in the World 2022 Report, published by the Migrantes Foundation (a body of the CEI).

For example, in Europe,  the British Isles remain the most popular destination for Italians looking for a life abroad even after Brexit. In fact, in the last year, as many as 23% of departures from Italy went in the direction of the United Kingdom, this destination being in sixth place for the total number of Italians residing abroad, with only France, Brazil, Switzerland, and Germany above. The strong presence of the United Kingdom is surprising as, after its exit from the EU, it no longer allows free movement but requires work visas and, therefore, a complex and even expensive bureaucratic process. It remains to be seen whether this trend will continue as the UK economic crisis continues.

Germany remains the second most popular in Europe, with 11% of all Italians leaving the Bel Paese towards that country in the last year. In the rest of the world, Argentina, once a popular destination and still the country with the most significant proportion of Italian residents, received only 2.1% of departures in the last year.

The current trend is, therefore, clearly towards European destinations, with 78.6% of all departures.

NO LONGER FROM THE SOUTH

Yet, significantly, of the Italians who left Italy in the last year, most have come from the north (the north-west accounts for 28.1% while the north-east accounts for 25.7%), with only 30.8% from the south. Lombardy, one of the most prosperous areas of Italy, saw the largest proportion of departures among the remaining northern regions at 19%.

The Covid-19 health emergency has caused the number of departures from Italy to plummet to its lowest number since 2014, as expected. But the pandemic has also transformed the characteristics of Italians who have gone abroad.

The number of elderly people leaving Italy has been increasingly low – dropping by 19.6% – while the number of families has also dropped. Thus young unmarried men made up an ever-larger proportion of the emigrants. The typical emigrant during the pandemic was male (54.7%), between 18 and 34 years old (41.6%) and unmarried (66.8%) and, as we have seen previously, headed for European countries.

WE DO NOT VOTE

According to the most recent figures, abstentionism among Italians abroad is staggeringly increasing. In the September general election, only 25% of voters abroad voted for the Chamber of Deputies – with the majority voting for the Democratic Party (28.2%).  This is a drop from the 37.8% who voted for the House in the 2018 election, while 31.6% voted in 2013 and 39.5% voted in 2008. The proportion of voters who cast their ballots this year was at its lowest level since Italians abroad were first able to vote by mail in 2006.

One of the most important reasons for not voting was the untimely delivery of the ballot papers.

But another reason for not voting was a linguistic gap. I.e. the voter (especially historical voters, not young emigrants) needs to know Italian sufficiently to understand the mechanics of postal voting, the voting system or the referendum question, for instance. According to the Report, Italians in the World 2022, specific solutions to this linguistic gap have been adopted. Still, it has required the extension of information campaigns to inter-electoral periods and not just around the elections. The report continued: “Mistrust and opposition to the vote can find a legitimate form of protest in abstentionism. But in our opinion, the data on turnout suggests that over the years, the driving force that reformed the vote of Italians abroad, and the generation that promoted it, have faded.” The Report continues, “An increasing number of voters, and among these the Italian descendants and the new immigrants from Italy were not part of that “battle” for voting abroad led by Mirko Tremaglia and could feel somehow disconnected from the right – duty to vote.”

Demographically we are witnessing evident phenomena, young compatriots who emigrate in large numbers, especially to other parts of the European community, an ageing of the resident population, the decline in births and the constant increase in immigration on Italian soil of populations from less developed countries. In the meantime, our own emigrants feel displaced and under-represented. They, therefore, do not participate in the scant representation tools currently at their disposal (see the even lower participation in the Comites elections, for example). We can legitimately ask ourselves whether these trends can be sustainable and for how long.